With more public school boards such as that of Brampton and Mississauga joining force to voice their concern about poor performance of students in the province-wide standardized mathematics and literacy test, an old debate has been renewed:  does this type of assessment truly capture students’ learning and if not, why does the province insist on administrating standardized tests year after year? What is Standardized Testing? Just as the name sounds, standardized testing is a predetermined method of scoring a student’s aptitude of a certain subject and his or her achievements in that subject. What’s evident from the onset is that standardized tests are a one-size-fits-all standard of excellence. As anyone who has ever sat in a classroom can tell you, all students learn in different ways. The Pros of Standardized Testing Of course, there are pros to standardized tests, the main one being that it gives educators, parents, and administrators a fixed point in the horizon to aim for. It’s a unit of measurement that teachers use to determine how a student is measuring up not only to the rest of the class, but to a fixed set of standards. While this can be limiting, it does allow school boards to organize the curriculum in a calculated, quantifiable way. If we didn’t have standardized testing, how would we measure a child’s achievements? How would we even know if a student is learning at a rate appropriate for their age? Standardize tests mean that the school year is predictable and the students know what to expect. The Cons of Standardized Testing Unfortunately, standardized testing may not be the greatest measure of a student’s aptitude. This type of testing has been widely criticized for failing to measure a student’s creativity and personal learning style. It doesn’t consider classroom diversity, nor a student’s socio-economic background, which decides whether or not they could afford outside tutoring. A standardized test is absolutely blind to the students in the classroom—and although a teacher may recognize how limiting it may be, they are nevertheless compelled, even forced, to test their students within these strict provincial guidelines. These tests do not measure intelligence—they measure a student’s ability to memorize the material; however, memorization does not equal comprehension. These exams do not factor in different types of intelligence, such as kinesthetic, musical, spatial, and natural. There is simply no way to analyze a student’s real aptitudes this way; to do this, different types of testing would have to be formulated for every single student in the province. The Future of Testing The limiting nature of standardized testing has long been a point of contention in this province and the rest of the country. Recently, the Ontario government announced a change to the school curriculum, which will have a greater focus on transferable skills, such as critical thinking, innovation, and creativity. At BrightMinds, we provide an alternative learning environment for students in Ontario and the rest of the world. We celebrate different forms of learning and champion creativity. Earn your Ontario High school credits and diploma Online. Read our FAQ to learn more or contact us directly. 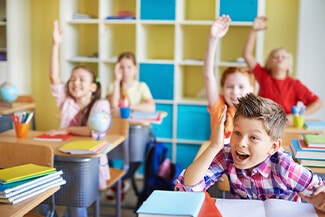